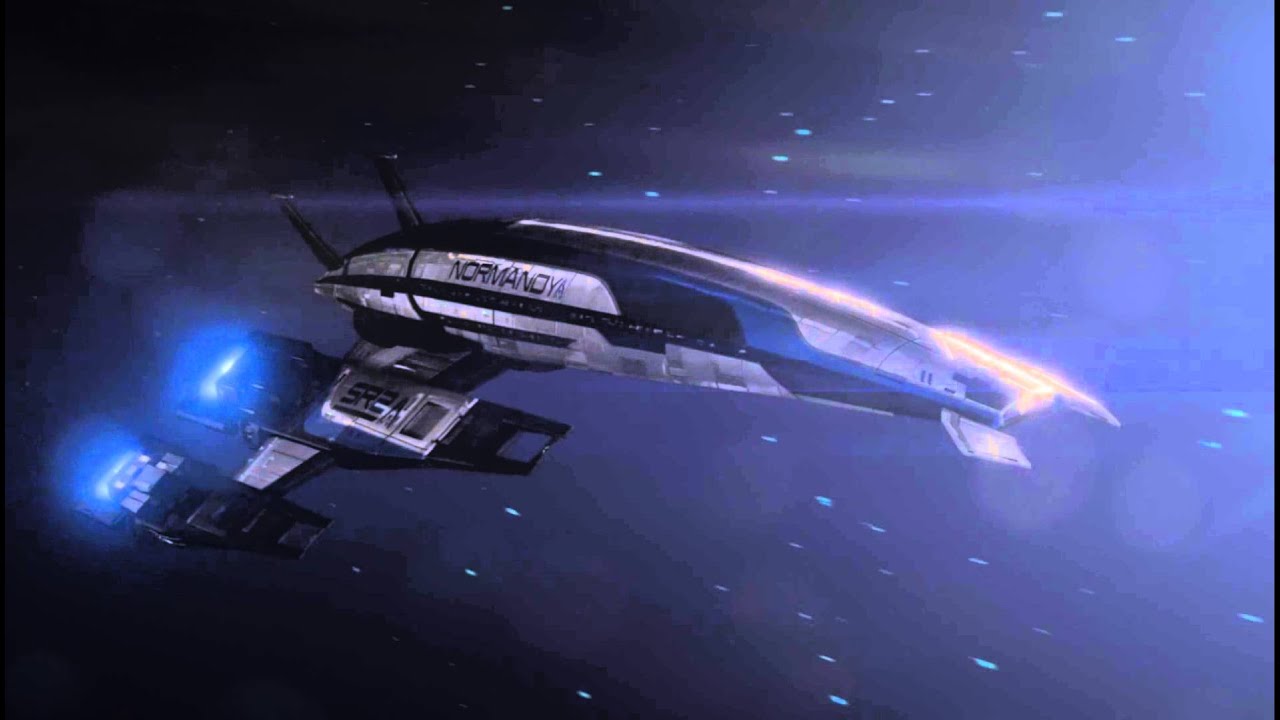 The Normandy SR-2 first enters service in 2185, and serves as the “successor” to the SR-1. The Illusive Man had Cerberus build the SR-2 for the newly-revived Commander Shepard’s team to aid them in their mission to stop the Collectors’ galaxy-wide campaign of human abductions. The ship serves as the headquarters of the Lazarus Cell.

Constructed at great and laborious expense in the Voyager Cluster, the ship is very similar to the Systems Alliance’s SSV Normandy SR-1, having been based on the design layout of the original. The Normandy SR-2 has several key differences, the most significant being that she is almost twice the mass of the original. Cerberus also designed the ship with more crew-oriented comforts by including civilian-grade accommodations (like leather chairs and a kitchen). The ship still retains the SSV Normandy SR-1’s stealth characteristics. However, unlike the SR-1, the SR-2 cannot land on every planet—due to her increased mass—requiring shore parties to use a shuttle to get to a planet’s surface.

Currently the Normandy SR-2 is under detached service under the command of the Human Spectre Major Ashley Williams. Spectre Williams was able to take command of the Normandy after she contacted both Admiral Hackett and the Human Councilor Hanna Shepard, with a grainy video acquired by Samantha Traynor shepards girlfriend and Alliance Comm specialist.

Through careful negotiations both Hackett and Councilor Shepard where convinced that if true that the prospect of bringing Spectre Shepard back from the dead would be a worthwhile endeavor, so without any fanfare the Normandy SR-2 was quietly shifted to Spectre command and its mission quickly classified.

Over the next few months while the Normandy was getting supplied and crewed by both Alliance and ex-Cerberus members who joined the Alliance either during Shepards fight against the Reapers or since, Spectre Williams was out acquiring the proper ‘specialists’ she believed would need to succeed on her mission, that is if Shepard really is alive.

These specialists include Ex Military both human and others, Ex Mercenaries among many others. 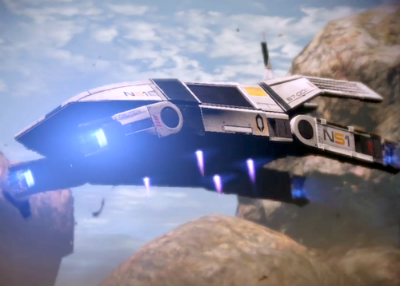 The UT-47 Kodiak Drop Shuttle is a personnel carrier capable of planetary flight and is capable of limited FTL travel. The shuttle is used extensively by (but not limited to) the Systems Alliance and Cerberus in 2186.

Specifications
Nicknamed the “Combat Cockroach” by Alliance marines due to its durability and looks, the Kodiak drop shuttle is an interplanetary vehicle operated by a pilot and a co-pilot. It can carry up to 14 people, including the pilots, with a total of 12 in a cramped cargo space with full complement, as well as a VI. A true contragravitic vehicle, the Kodiak’s substantial Element Zero core allows flight by entirely countering the vehicle’s mass. Its small thrusters are for directional control only, so if the mass effect field fails, the vehicle becomes a proverbial “three-million-credit coffin”. The unarmed shuttle forgoes weaponry-space for active masking, electronic countermeasures, and a robust kinetic barrier system.

The Kodiak was extensively tested in the sulfuric acid and extreme temperatures of Venus, and can land in hard vacuum, high pressure, and temperatures from near-absolute zero to over 900 degrees Celsius.

The larger mass of the Normandy SR-2—nearly twice the mass of the original—meant that it could not land on the surfaces of most planets with ease and had to be provided with one of these shuttles for ease of travel. 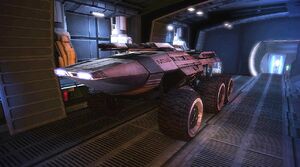 The M35 Mako infantry fighting vehicle was designed for the Systems Alliance’s frigates. It is designed to fulfill the role of rapid deployment that its predecessor, the M29 Grizzly, fell short of accomplishing. Though the interior is cramped, an M35 is small enough to be carried in the cargo bay and easily deployed on virtually any world.

Specifications
With its turreted 155mm mass accelerator cannon and coaxial-mounted machine gun, the Mako can provide a fireteam with weapon support as well as mobility. Since Alliance marines may be required to fight on any world in a variety of planetary environments, the Mako is environmentally sealed and powered by a hydrogen-oxygen fuel cell.

The vehicle’s armor is tough enough to withstand high drops, extreme heat and cold and rough terrain. The Mako’s suspension and propulsion system allow the vehicle to adapt to various terrain, as well as enabling the vehicle to change direction quickly via independently reversible wheels (similar to a tank).

For deployment on low-gravity planetoids, it is equipped with micro-thrusters and a small element zero core, which can be used to increase mass and provide greater traction. While not large enough to nullify the vehicle’s mass, the core can reduce it enough to be safely air-dropped (a maneuver normally requiring a minimum of 100m of open terrain). This allows frigates to deploy their shore parties while limiting the ship’s exposure to defensive anti-aircraft artillery. When used in conjunction with thrusters, it also allows the Mako to extricate itself from difficult terrain.

The Mako’s hull is covered with laser detection arrays, which forewarn the crew of enemy laser-guided ordnance. Ground-penetrating radar allows detection of anti-vehicle mines and other subsurface anomalies. These will be brought to the attention of the crew by the vehicle’s micro-frame computer system.

Several combat support vehicles using the Mako’s basic chassis are manufactured for Alliance surface garrisons. These include a recon drone controller, a mobile air defense platform, and the M38 military ambulance nicknamed “Moby” because it is painted white during peacekeeping operations. Shipboard Marines exclusively use the tactically flexible and heavily armed base model.

by: Elvathadrin
See All Pages